Building an image processing app with GraphQL and async serverless

(We've also written a short tutorial on how to build an image storage integration with Hasura Cloud that auto-tags our images for us, with Cloudinary and Autocode.)

In this post we'll build a basic image processing app that lets you upload an image and add a sepia tone to it asynchronously. We will not go into the code subtleties as this is more of a philosophical rant about how async image processing apps can be built using realtime GraphQL and serverless.

Hasura gives you realtime GraphQL APIs over any Postgres database

In case of our image processing app, the flow boils down to:

First step is to get a realtime GraphQL server running in the form of Hasura GraphQL Engine.

Click here to deploy it to Heroku's free tier with free Postgres (no credit card required).

We need only one table for this app.

When you create this table called images, Hasura provides the following root fields in its GraphQL schema:

We need our image processing logic that takes our uploaded image and adds a sepia tone to it. This could be written in any language or framework and deployed on any platform. For example, in NodeJS, you can write this logic using JIMP and serverlessify it using Zeit. The code would look something like:

The above function simply takes an object of the following form, converts it to sepia and stores the converted image at /tmp/<id>.png.

Once the image has been converted, you also want to update the converted image URI to the database.

Hasura lets you define event triggers that listen on mutations and invoke an external webhook with the mutation data. We will create one such event trigger that listens on insert_images mutation and calls the webhook that performs the logic discussed above.

With this, our backend is ready.

Most of the logic happens on the backend, so the front-end stays fairly clean. The front-end has two screens:

This screen does the following:

The GraphQL mutation for inserting the image to the database looks like:

The above mutation inserts the image URI to database and returns the id of the inserted row. Next, you redirect to the Convert screen where you wait for the processed image.

In the convert screen, you look at the id of the image in URL parameters and make a live query to the database with GraphQL subscriptions. The subscription looks like:

While rendering the UI, you would check if the received  converted_image_uri is null. If it is, you show a loading indicator, or you show the converted image. If done in React with Apollo's Subscription components, it would look something like:

As you see, in the above component:

We discussed a pattern to build async image processing applications. You could use this architecture to build mostly all kinds of async applications. Check out 3factor.app and hasura.io to know more about building resilient and scalable fullstack applications.

If you have any questions, stack them up in the comments and they'll be answered ASAP. 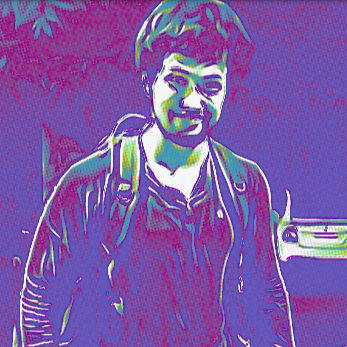 I like to write code and lift heavy things