👋The Enterprise GraphQL Conf is back! Explore the concept of a GraphQL powered Data Mesh
>

Allowlist can be configured to safely allow a limited number of GraphQL operations (queries/mutations/subscriptions) for your project.

Operations to Allowlist can be added

For example, in our slack demo, we can restrict only the users query to go through and deny all other queries. This can be done by heading to the Settings tab on Console and navigating to the Allow List page. 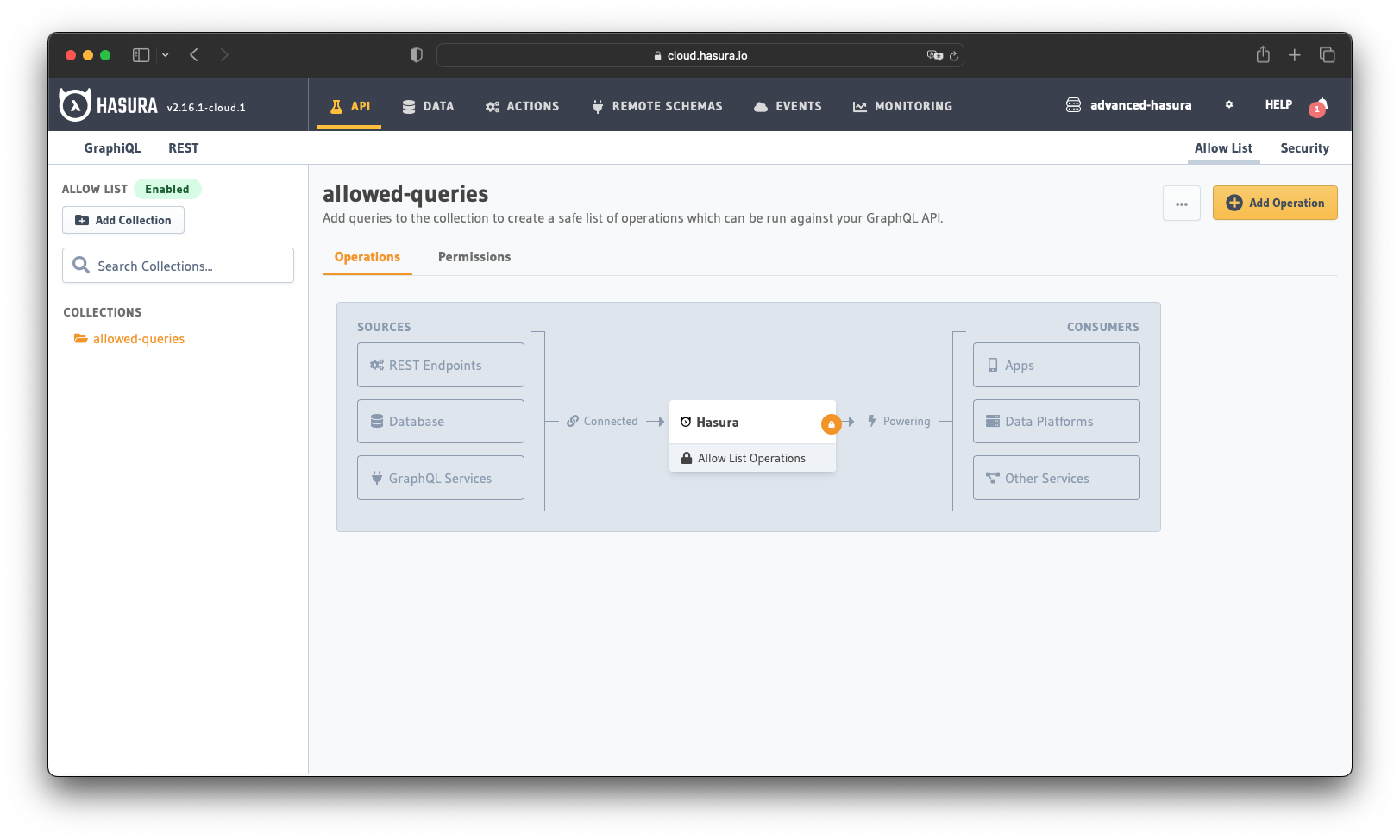 Let's say the operation name is users and the definition is 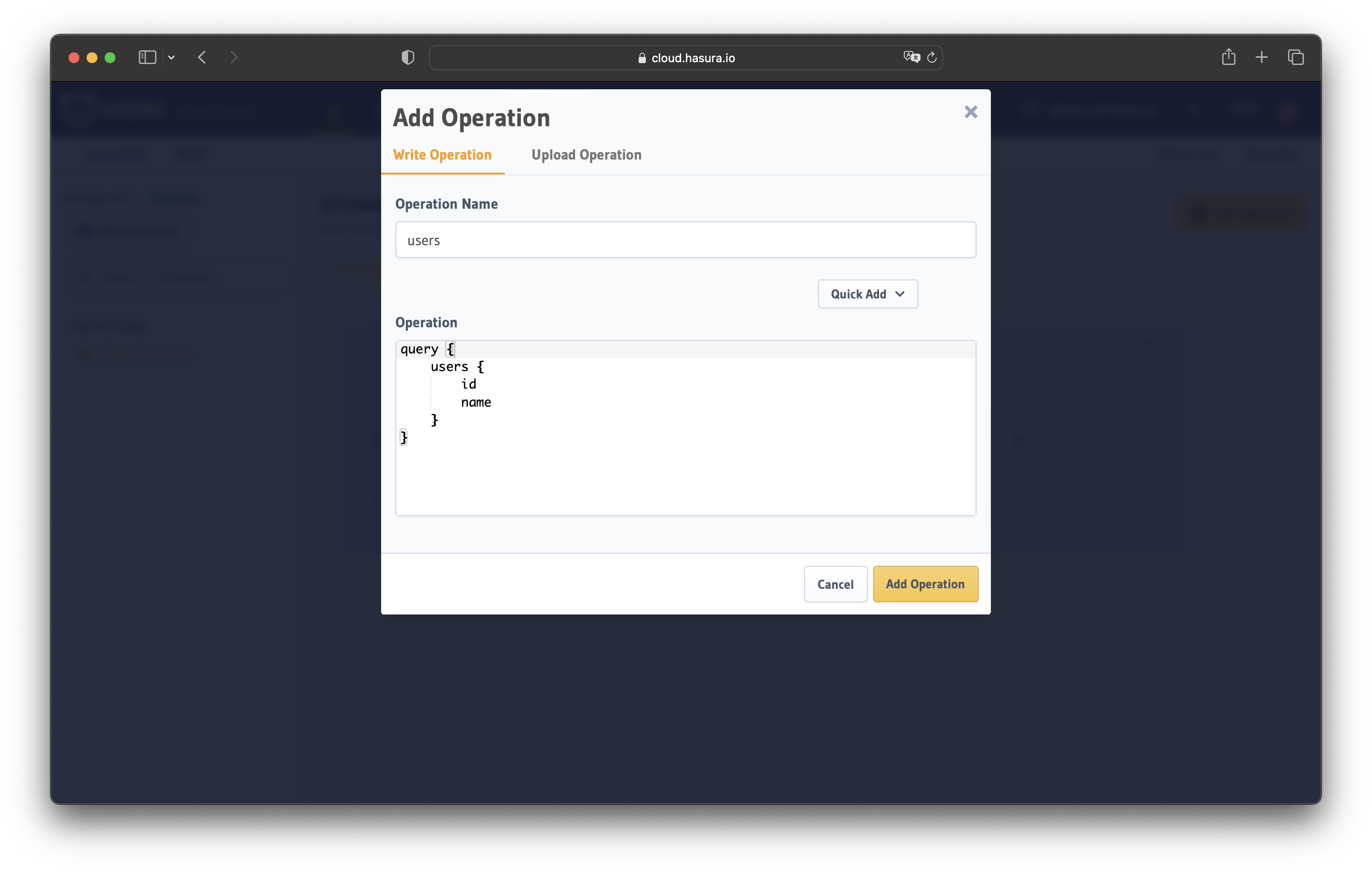 Similarly this can be added via a file upload by manually uploading a graphql file with the list of all operations.

While the above is done manually by entering in all the operations, Hasura Cloud gives a quick way to enable Allowlist from the list of operations that were already executed in the past.

Head to the Allow List tab inside the Pro tab of Hasura Cloud project. Then navigate to New Operations to see the list of operations that are not in the allow list yet.

In our example, we would like to select only the user query and hence we can explictly select that from the list of operations instead of manually entering them one by one.

Do note that even Introspection queries need to be added explictly to allow the GraphiQL interface to work and this tab let's you do that quickly. One other tip that would be useful is that, always ensure named queries are made from the client so that it's easier to add them to allowlist and also easier to inspect and debug.

Allowlist need to be explictly enabled through the env HASURA_GRAPHQL_ENABLE_ALLOWLIST.

Head to the Env vars tab on the project settings page on Hasura Cloud to enable this env.

Hasura Cloud gives you a fully managed, production ready GraphQL API as a service to help you build modern apps faster.
Previous
Authentication and Authorization
Next
Rate Limiting
Ready to get started?
Start for free on Hasura Cloud or you could contact our sales team for a detailed walk-through on how Hasura may benefit your business.
Stay in the know
Sign up for full access to our community highlights, new features, and occasional baby animal gifs! Oh, and we have a strict no-spam rule. ✌️