To properly implement the logic in Shooter Arena, we'll need to expand our battles table a bit. We have to add some more columns.

Head over to your Hasura backend.

We shall add the following columns: 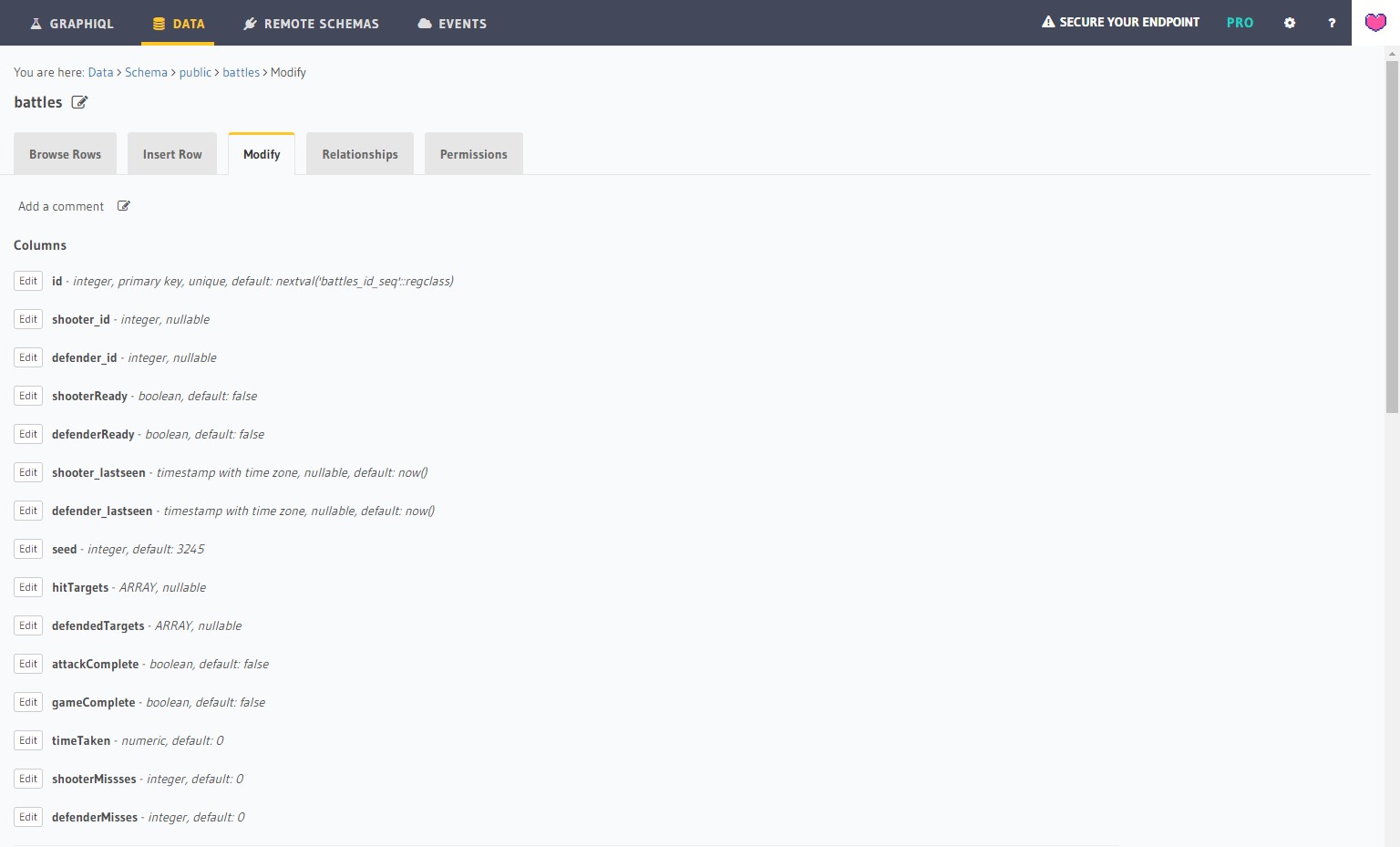 Let's go through the columns to see their use.

Now that we've made changes to the battles table in Hasura, we need to update some things in our Api reference in Unity.

Head over to the Api reference you created. Because there are changes to the backend, you'll need to Introspect again.

After introspecting, scroll down to the subscription we created called SubscribeToBattle. We need to add the fields we added in our backend. 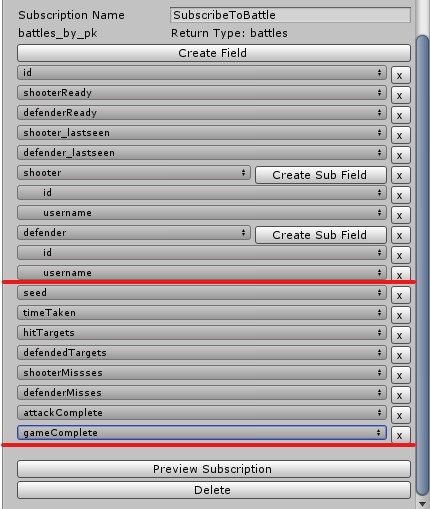 Next up, we need to update the Battles class we created in GameData.cs

Add the following variables to our Battles class

So that the class becomes

And that's it. We've updated everything to reflect the changes we've made in our Hasura backend.