Hasura gives you Instant GraphQL APIs over Postgres. Therefore, it can be tested on the table that we just created.

Let's go ahead and start exploring the GraphQL API for users table. We are going to use GraphiQL to explore the API. GraphiQL is the GraphQL integrated development environment (IDE). It's a powerful tool we'll use to interact with the API.

You can access GraphiQL by heading over to Console -> GRAPHIQL tab.

Let's add a user using a GraphQL Mutation. Copy the following code into the GraphiQL interface.

Great! You have now consumed the mutation query for the users table that you just created.

Initially, the subscription query will return the existing results in the response. 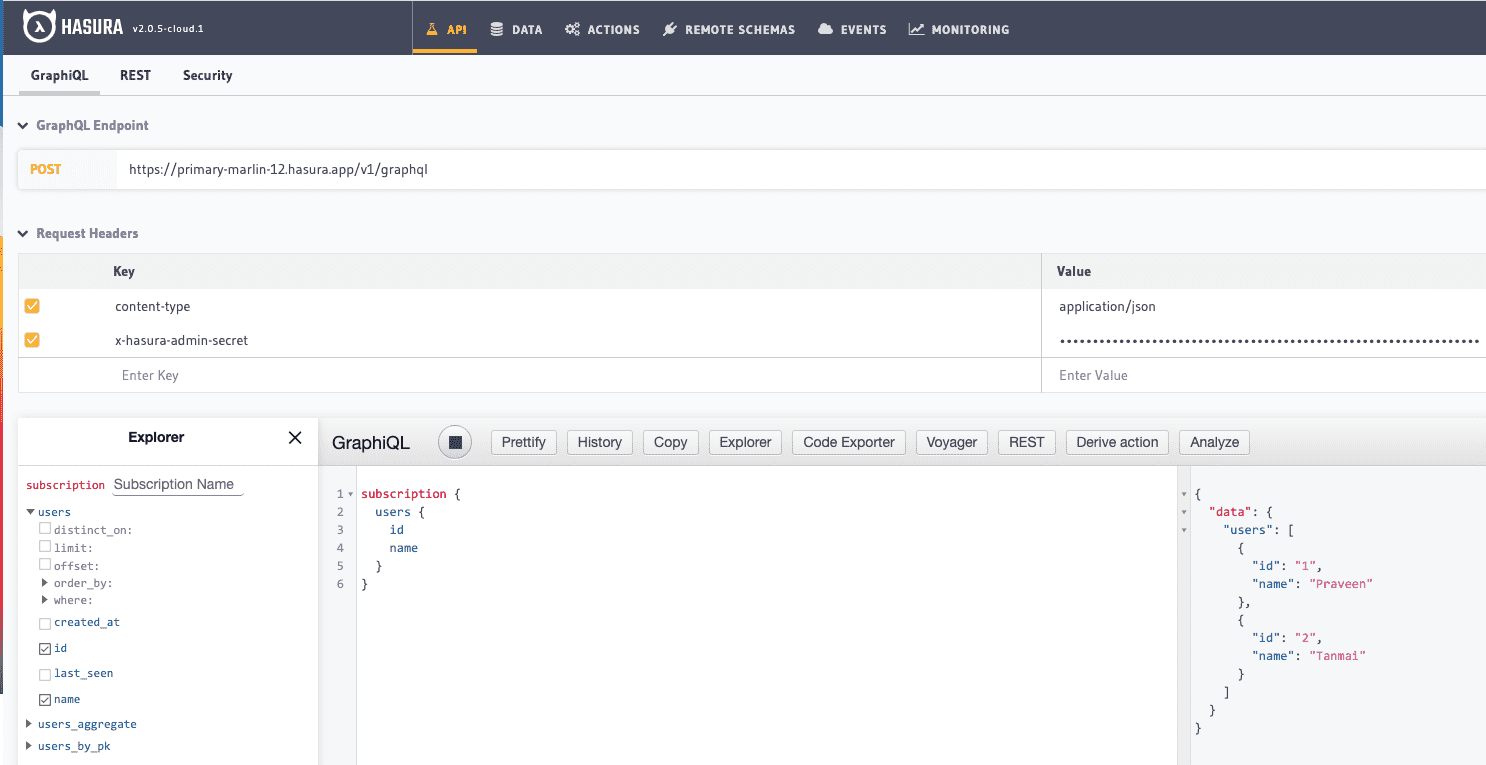