GraphQL Mesh can be used as

We will look at using Mesh as a Gateway that exposes an endpoint that can be added as a Remote Schema in Hasura.

We can initialise a new project using yarn.

We are setting up the mesh CLI and adding the openapi client.

Download the Open API Spec for this example and replace the source path appropriately. This is a spec for API served at https://api.exchangerate-api.com/v4.

Run the GraphQL Mesh instance with the following command:

To add this as a remote schema to the Hasura Cloud project, we will have to deploy this on a public endpoint. I'm going to make use of Codesandbox to try this out.

You can create a new Sandbox/fork the above with Node.js and put in the mesh config file over there.

In your Hasura Cloud project, add the graphql endpoint from codesandbox. In the above example, it would be https://00e5c.sse.codesandbox.io/graphql. Replace this if necessary with your own forked sandbox URL.

Alright, now we have configured GraphQL Mesh to serve a GraphQL API over an existing OpenAPI spec. 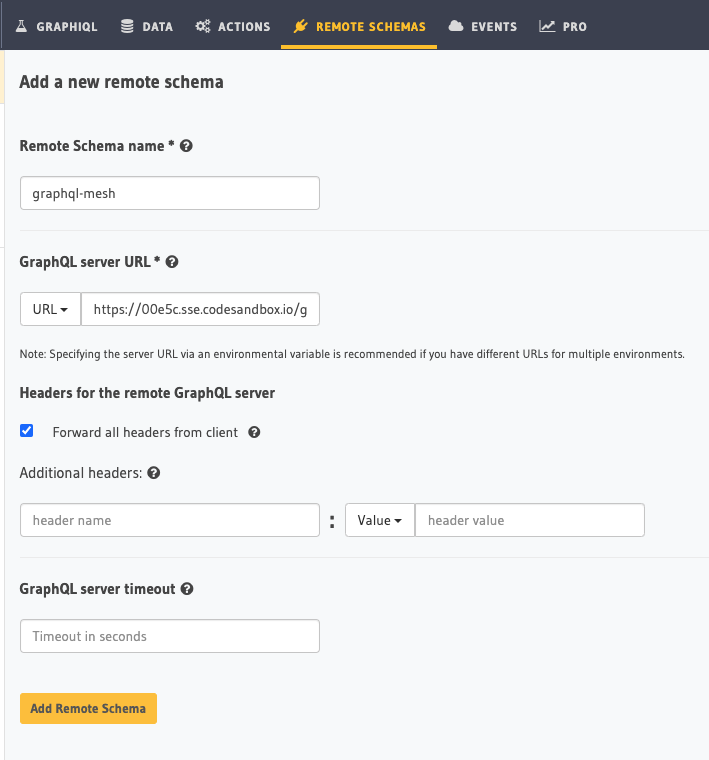 Try out the GraphQL Query

This should fetch data from the underlying currency API.

Assuming that we have a users table with columns id, name and currency. Let's add a remote relationship called currency_rates from inside of users table. 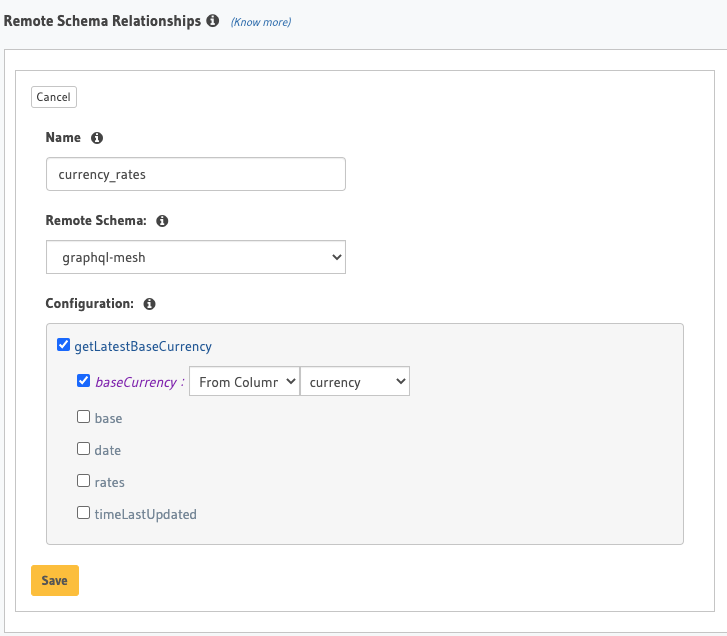 Notice that, the nested query currency_rates come from exchange rate API following the OpenAPI spec. It will apply the filter of users.currency = currency_rates.baseCurrency, there by only giving exchange rates related to the current user's currency.