FaunaDB is a serverless cloud database for modern applications. It is designed to focus on quick deployment, simplicity of daily operations, and developer’s ease of use. It offers a GraphQL API which can be joined with Hasura using Remote Joins. In this example, we will look at how a schema in FaunaDB can be joined with existing data in Hasura. Assuming that there is a users table in Hasura with columns id and name, let's get started.

Creating a GraphQL Schema in FaunaDB

Import your GraphQL Schema by clicking on GraphQL on the left sidebar navigation and choose the GraphQL schema file that you downloaded above. Once the import is successful, you should see the GraphQL Playground to start playing with the APIs.

Let's insert sample data for the above schema. In the GraphQL Playground, execute this mutation to insert a todo.

This inserts a todo tagging to userId 1.

The GraphQL endpoint requires authentication with a specific FaunaDB database. We need to create a new key with role Server Read-Only. 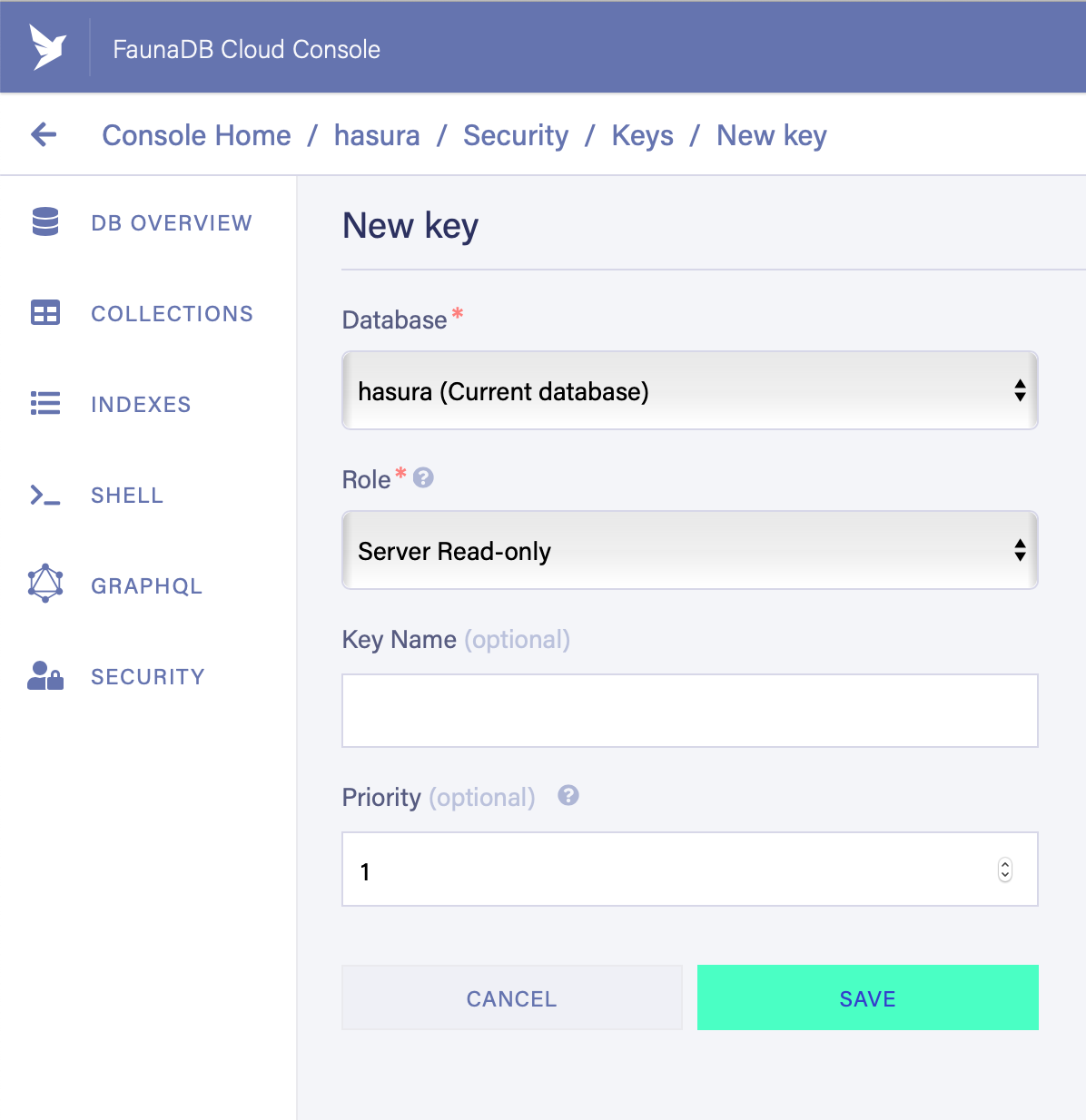 The secret generated must be provided as an HTTP Basic Authorization header, encoded as a Base64 string. For example, if your FaunaDB secret is fnADMxRzydATDKibGAciQlNQWBs-HJdpJS1vJaIM, you can encode it like so:

The trailing colon (:) is required.

To be able to query FaunaDB data via Hasura, it needs to be added as a Remote Schema using the Hasura Console.

The GraphQL API Endpoint is: https://graphql.fauna.com/graphql

Now copy the secret key (base64 encoded) and use it in Authorization headers like below:

In Hasura Console, head to Remote Schemas and enter GraphQL Server URL with the above endpoint. Under Additional Headers, enter the Authorization header with the secret as mentioned above. 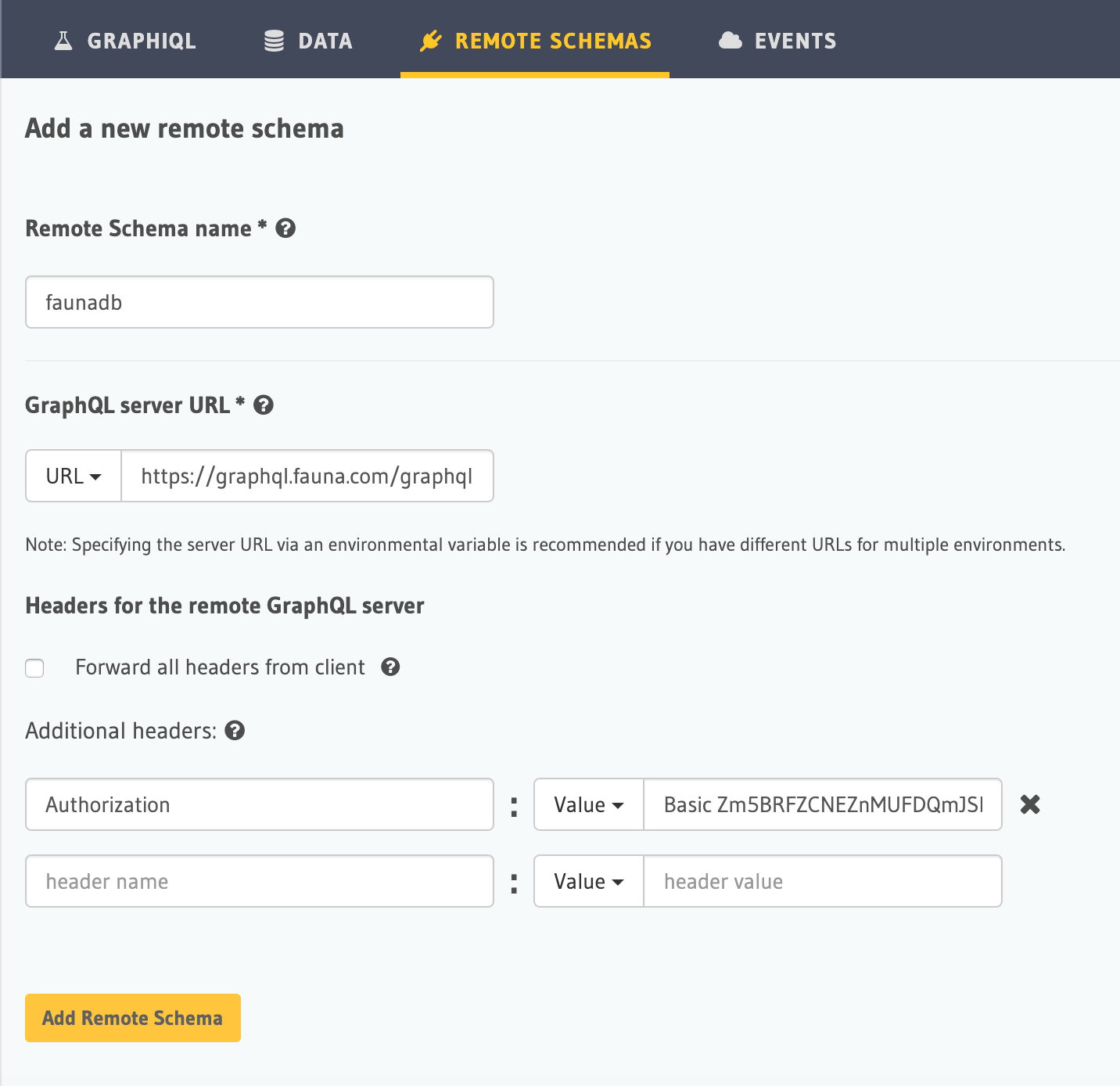 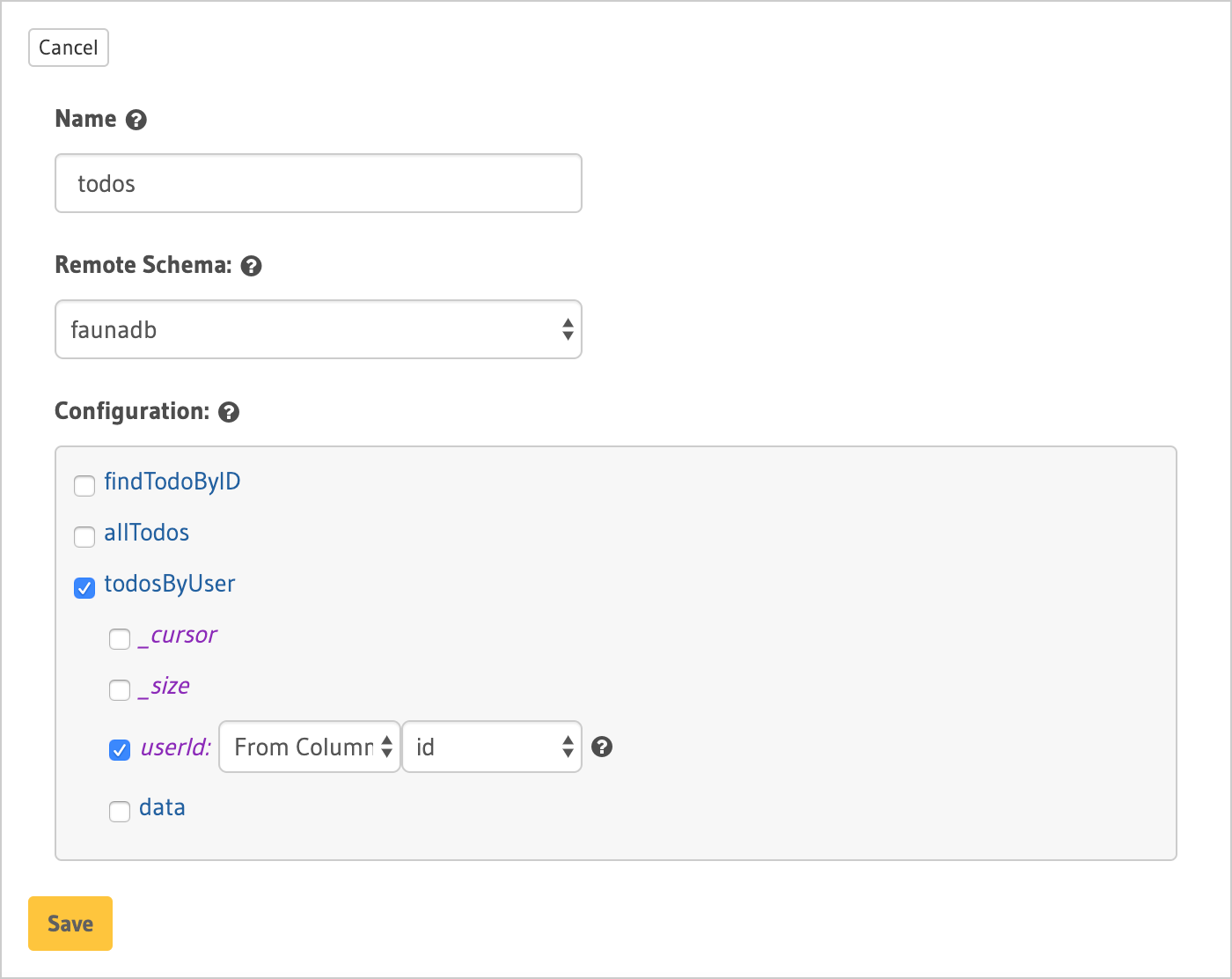 Under configuration for todosByUser, we declare a filter to say:

This ensures that while querying for todos in users, we get only the relevant todos written by the user who is queried for.

Notice that, the nested query todos come from FaunaDB and it will apply the filter of users.id = todos.data.userId, there by only giving todos written by the user.